A Parade of Lions 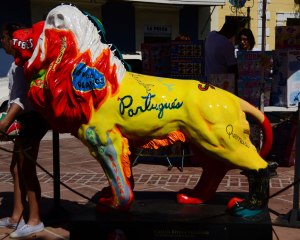 It’s wonderful being the boss!  Yesterday, I took advantage of the need for a “business trip” to Ponce (to pick up a custom-painted vejigante mask for a client) and convinced  my younger son to accompany me (here still on Christmas break) and enlisted the chauffeuring skill of my husband to make a family outing to “la Perla del Sur.”

What a surprise to find a “Parade of Lions” in the Plaza las Delicias – the main plaza of Ponce (home of the famous firehouse and the cathedral).  We had seen a similar display of public art some years ago in Chicago where there were painted bulls all over the Golden Mile.

In case you are not aware – the lion is the symbol for the city of Ponce (pronounced “pawn-say” not “pons”).  Ponce is the second largest city in Puerto Rico, and is known by different names like “la Perla del Sur” (the pearl of the South) and la ciudad sensorial (interpretations?) .  There is quite a rivalry between sanjuaneros (residents of San Juan) and ponceños (residents of Ponce) as to who lives in the better city. One of the major differences  in the two cities is historical.  The Spanish established their capitol and base of operations in San Juan – forming its Spanish character.  Ponce, on the other hand, was always an international port, with influences from all over the world.

That is all an aside really to telling you about the lion parade.  Unbeknownst to me until today, when I actually looked it up, the lions have been on display for the better part of the last year.  I think that is a comment on the island news media – I had heard nothing about it and this was not my first trip to Ponce in the last 12 months.

The lions have been painted by different artists and represent different aspects of Ponce’s character.  If you want to see them, visit the Plaza las Delicias in Ponce.  Here are some of the pictures I took.  Test your knowledge of Ponce to find the significance of each painting. 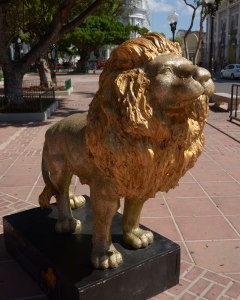 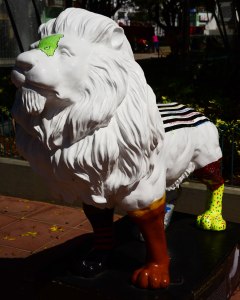 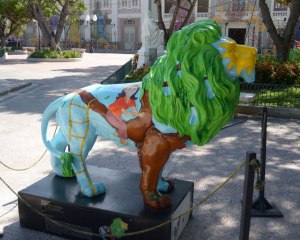 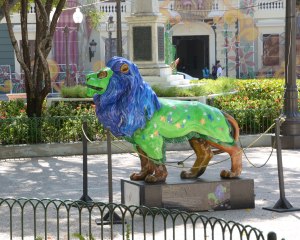 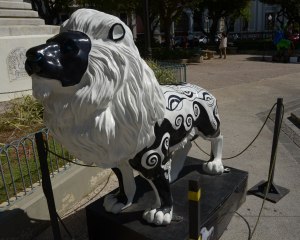 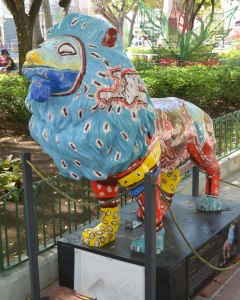 I travel a lot and want to travel even more. I really enjoy it! I have no travel expertise or special knowledge. I do have opinions, observations, impressions and photographs to share. If I am not particularly edifying - perhaps I will be entertaining! Who am I? I have an MBA and founded a catalog business about 17 years ago, called Isla, now also online as IslaOnline.com. I am a wife, and mother of two grown (nearly) sons. I split my residential time between Puerto Rico and Wisconsin.
View all posts by jetsytravels »